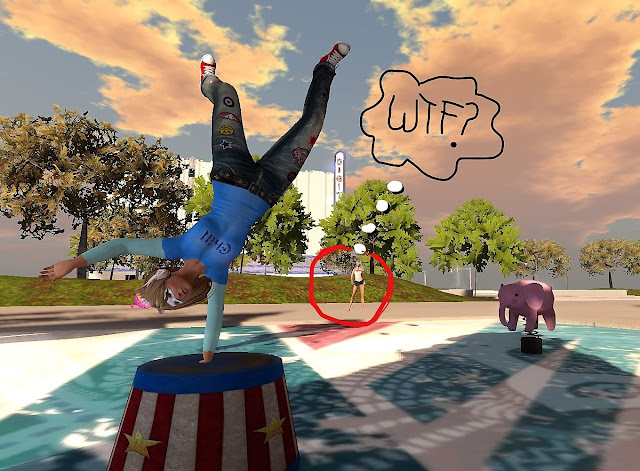 I know most of you are probably at Hair Fair today, but in case you're not paying attention to other stuff, it's the last day to visit SL14B. They're gonna blow up that magnificent cake (**sniff**) at 4 p.m. SLT. So get over there and have some fun! (If you feel so inclined, I mean. I'm not one to boss people around.)

I love that lady in the background of that pic up there. I waited patiently for her to leave ... but she wouldn't. So I finally said "to hell with it" and let her photo bomb this pic. You're welcome for the 10 minutes of entertainment, lady. I bet she was fascinated by my mesh jeans, prim shoes and system shirt. Me too.

Here's a throwback to the early days of this blog, when no one was reading it (kind of like now!) and all my pictures were of my AV's back as I stood and stared at things in wonder: 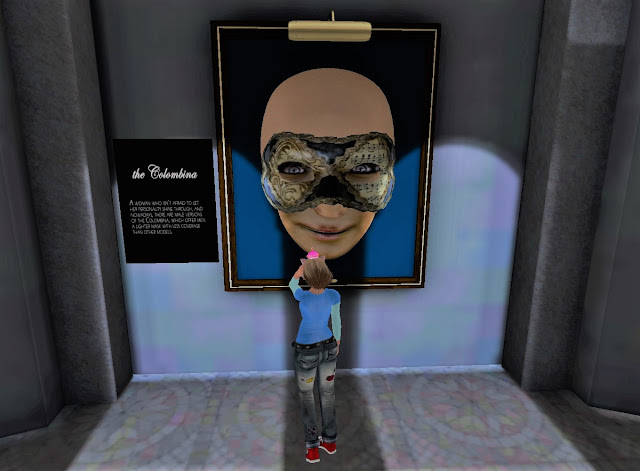 I'd love to hang that thing in my RL bedroom.

One of my favorite SLB exhibits this year was this merry-go-round where you ride PEOPLE: 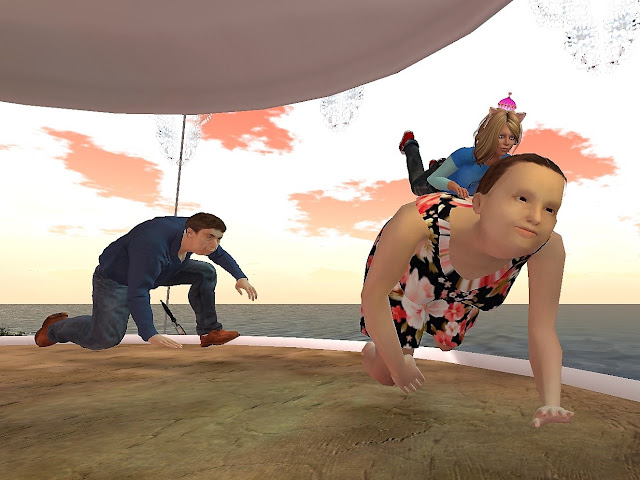 Nice! I know it probably has a deeper intellectual meaning, but meanwhile I'm just like, "YEEHAW! RIDE ALL THE PEOPLE!"

They talk to you while you ride them, too.

On a side note, I love how a few posts ago, I was all, "Hey, I got a computer with the BEST GRAPHICS CARD EVER!" and yet my high-res photos are still kind of jaggedy and crispy-looking. I blame this one slider in my graphics card driver control panel thingy. It asked me if I wanted optimal graphics or optimal performance. At first I said, "GRAPHICS, BABY! I WANT TO SEE!" but then my games kept crashing and stuttering and blah blah blah. But everything's peachy now that I've scooted that slider over to "performance." I guess I can only ask so much from a LAPTOP, even if it does call itself a gaming laptop.

But enough of the tech talk. I have a new boyfriend now! ... 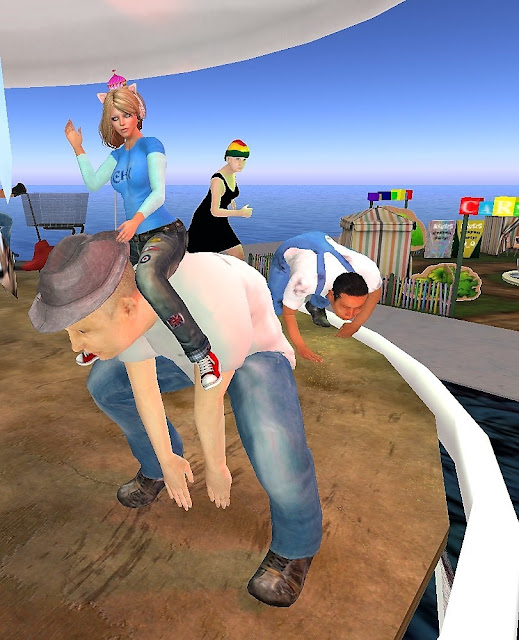 Now that's my kind of man! Strong with a nice hat.

This exhibit is called ... well, shoot, I forgot to write down the name. My notes just say "weird merry-go-round." But it's by the group Aequitas.

"Aequitas is a non-profit multinational conglomerate of dada intellectuals involved with the exploration of biological impulses and their effect on modern psyche through the medium of anti-conceptual physics and minor abstractions."

Uh. OK. So much Googling to be done now. *shame*

Suddenly I feel like such a mental lowbrow. But hey, Aequitas, your merry-go-round is cool!

OK, I'm signing off now. I have to catch up on some Better Call Saul episodes. Have the loveliest of days, kids! 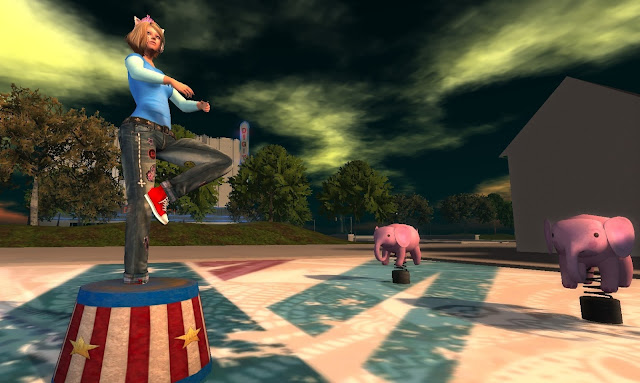 (And the pink elephants say: "When will she stop with the Windlight settings? And where is her FOOT?")

Emerald Wynn
United States
Blogging as an SL AV named Emerald. It's kind of a mix of both worlds at times because I'm too neurotic to write about my real life under my real name. If you've stumbled across this blog and you're not sure what I'm talking about, check out Second Life for yourself HERE.

Get this widget at roytanck.com

I Write Like by Mémoires, Mac journal software. Analyze your writing!